Zwift just dropped a new update containing many things like a new gravel bike, workout of the week, redesigned Zipp wheels, and more! Here are the release notes/bug fixes from Zwift Forums. Zwiftinsider is probably testing the bike now and there will likely be information on that in the coming days. To me one of the most exciting things from this update is the redesigned Zipp wheels. These wheels now look like the modern day Zipp wheels rather than the older ones from around 2015 when Zwift was first released. Here are some pictures! The new frame is priced at 297,500 drops and is unlocked at a lower level. The Pack Dynamics that were being tested starting a few months ago have now been released for your daily rides! It is great to see Zwift move along so fast with the Pack Dynamics! A new running workout from the Running Channel has been added to the workouts and a ton more bug fixes! These are Zwift\’s release notes for the bug fixes and improvements and some pictures of the new content! This is the link to the forums thread https://forums.zwift.com/t/game-update-march-16th-2021/542703/16. There was also an April fools day rumour… More about that in this post Click here. The exclusive Zipp High Speed challenge kit was also updated. There was not much change but it still changed!

Workout of the week for this week 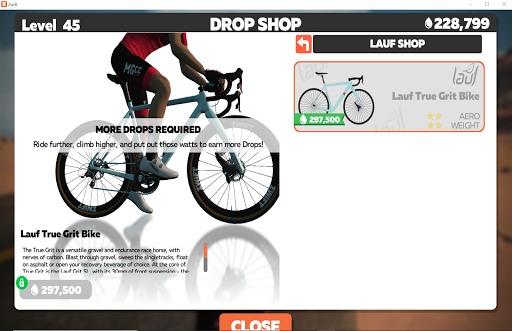 The new Canyon added (Sadly I can’t buy it because I spend my drops elsewhere…)
Thanks for reading this article! Please share it with your friends and check out my other posts! Ride On!